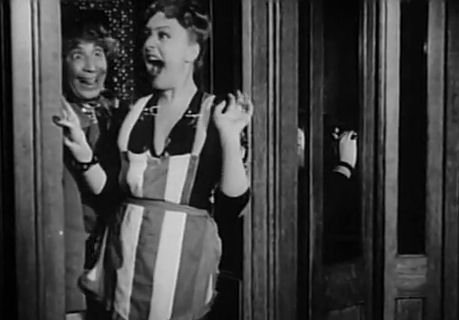 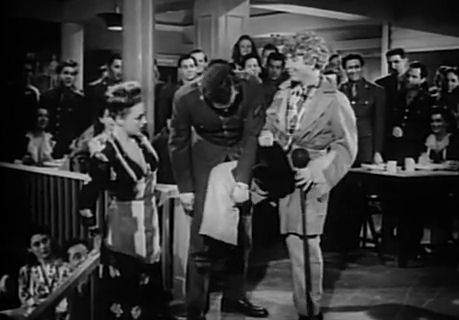 You can watch the complete movie on YouTube, Harpo is at 1:50:15

The film is set in the "Stage Door Canteen", a recreational center in New York for servicemen on leave, where they were served by theatrical volunteers. As the real Stage Door Canteen was busy, it was rebuild in New York and at RKO.
The story follows several women volunteers at the canteen. One of them, an aspiring actress, works there in the hope of getting discovered and falls in love with one of the soldiers, which is frowned upon as the servicemen are about to go into combat. The film is more or less a musical variety show with countless cameos of famous entertainers.